How to build a savings cushion in a time of emergency?

How to build a savings cushion in a time of emergency?

If you are going to stockpile anything these days, consider liquid savings.

A stash of easily accessible money to tap for emergencies is always important, but it is critical at times like these when people face potential layoffs and deep economic uncertainty.

Experts generally suggest having three to six months of savings on hand, but that can be tough for many people who are living paycheck to paycheck. At least one-quarter of American adults say they wouldn’t be able to cover an unexpected expense of $400, according to a survey by the Federal Reserve.

“There are far too many Americans who are financially unprepared for an economic downturn, and lack of sufficient savings will be most people’s Achilles heel,” said Bruce McClary, spokesman for the National Foundation for Credit Counseling, a nonprofit organization.

Don’t despair though — you can still start saving and even having a small amount in reserve can help. Here are a few things you should know to get things rolling:

It’s never too late to start setting aside money.

If you are working, automate the savings. Employers will often allow you to have money from your paycheck deposited directly into more than one account. Consider having it sent directly to a savings account of some sort. If that is not an option, have your bank automatically draw it from your checking account on payday to a savings account. No matter how you get paid — the key is to make it part of your routine.

A good rule of thumb is to budget 50% of your income to essentials like housing and utilities, 30% toward non-essentials, and 20% toward financial goals like savings and paying down debt.

At times like this, small automated savings may not be enough, said Mariel Beasley, co-founder of the Common Cents Lab at Duke University, which aims to improve the financial well-being of low to moderate-income Americans.

She suggests people take a hard look at their expenses, figure out what they can cut, and then divert that money to savings.

Beasley said people should look at any subscriptions that can be canceled or consider downgrading to a cheaper phone, cable, or internet plan. Set a restrictive budget on the spending side too. To help you stick to it, consider using a pre-paid card that you reload weekly or make purchases only with cash. If possible, increase your income with overtime, an extra gig, or selling unwanted items online.

Granted, your spending may look a bit different right now. You might be buying a few extra items at the grocery store but you likely won’t be going out to the movies. You might also want to cancel a gym membership given the virus scare.

She also suggests at times like this to consider shifting some of your long-term savings into short-term savings. That could include lowering the amount of money you might be putting into retirement savings, at least down to what your company matches or college savings account, and putting that into emergency savings. You can switch back once you are financially stable again.

If you don’t have anything set aside, you’ve been laid off already, or anticipate you will suffer financially soon, consider switching to an emergency budget.

The emergency budget focuses only on essentials and leaves out most or all discretionary spending. That means no trips, no gifts, no little extras at the store that aren’t absolutely necessary. The goal should be to free up enough funds to boost your savings contribution to 20% or more of your take-home pay. The more the better, McClary said.

Stay on this budget until you have at least three months of net income set aside for emergencies. No matter where you are in the progress toward this goal, more savings is better than none when you need the money right away.

If you are already feeling the pinch financially, ask for help.

Reach out to your landlord, mortgage lender, utility providers, credit card company, or another lender. Many utility companies are making provisions for this pandemic. For example, Seattle Public Utilities Seattle City Light is promising water and electricity customers they won’t have their services shut during the area’s coronavirus emergency. Evictions have been put on hold in some cities for the time being.

As seen during the federal shutdown, most people struggle to operate with an interruption to their income, even if for a short time. The FDIC, along with other federal and state regulators, has urged financial institutions to help customers affected by the virus and some lenders say they are willing to do so. Lenders may be willing to work with you to postpone or lower payments for a period.

Lawmakers are also considering a number of provisions to free up cash for Americans and protect them in a downturn, including a possible payroll tax cut, increasing paid sick leave provisions, and strengthening the unemployment benefits.

If things do get rough, avoid high-cost alternatives to get cash.

That means no running up high-interest credit card debt, using payday loans with astronomical interest rates, or withdrawing retirement funds. These can often leave you in a worse position than you started thanks to fees, interest, and more.

For those tempted to touch their 401(k), think twice: You’ll get cash but you’ll also get hit with penalties and steep taxes. You’ll also lose out again later when it’s time to retire and your balance is much lower.

If you are over 59 ½ there are no restrictions for making withdrawals from your IRA or 401(k), so you can pull out some of that money for emergency savings with less consequence than younger counterparts. But Beasley suggests doing so in small increments as needed, to avoid spending down your nest egg.

While some experts say to focus on the goal if you are just getting started that may be daunting. Instead, don’t worry as much about the end goal as much as the practice of savings. Even having a small amount of money can help provide some cushion in times of need — such as being able to buy groceries during a quarantine.

“Every dollar you can set aside in savings is one less dollar you will have to borrow in a time of emergency,” McClary said.

This article was originally published by the Associated Press. 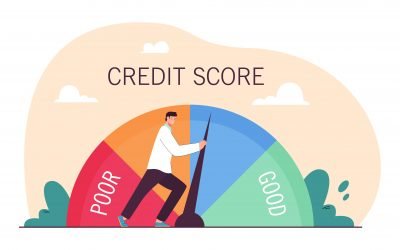 Mortgage Qualification How does the Mortgage lender determine the qualifying score? This was developed for Creditors AND lenders to better understand the risks of approving someone’s loan application. The Borrower is then assigned a 3-digit code ranging from 300 to... 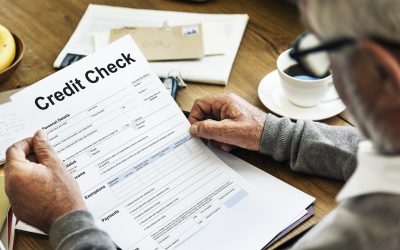 Soft Inquiry vs. Hard Inquiry – What It Means to Your Credit?

Soft Inquiry vs. Hard Inquiry - What It Means to Your Credit? It's important to understand all the elements that comprise your credit score when it comes to establishing a good credit, and credit inquiries are a huge variable. Likewise referred to as a "credit rating... 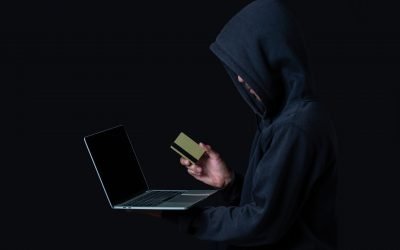 Tricks Used By Cyber Thieves For Identity Thief Among the significant negative effects of the coronavirus, the pandemic has actually caused a radical increase in identity theft. As our cumulative focus is transformed towards public health, the economic climate, and...

This site uses Akismet to reduce spam. Learn how your comment data is processed.